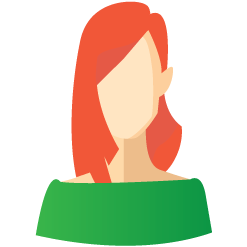 I have always loved planting gardens, but when I moved into a new house, the yard quickly proved to be more work than I was ready to handle. It was huge, completely overgrown, and very intimidating to a new homeowner. I didn't know how to cope with the sheer volume of work that was presented to me, but I decided to work hard to clean up the yard. It took a lot of time, but I was able to completely tidy the place up and make it look a lot better. This blog is all about making your yard beautiful--one step at a time.

Wouldn't it be nice if you could repair your own sprinkler issues when they happen? Well, you can! Rather than calling a professional and having to deal with the expensive service fee, here are three common issues that you may encounter with your home irrigation system and how you can easily get your sprinklers back on track yourself:

When it comes to sprinkler system, one of the most frequent problems that you will experience is clogged heads. Over time, debris from storms and lawn clippings will get into the head and clog it up. Luckily, this is a problem that is extremely easy to identify, as the spray will be uneven or completely non-existent. In some cases, the head will leak water creating a puddle around it.

In order to fix this issue, switch off the irrigation system. Then, you can get a paper clip or another piece of wire to unclog the hole. However, if this is not enough to unclog the head, you may need to unscrew it so that you can soak the head and then clean it with a wire. Flush the head underneath running water and then replace the head.

If a valve is stuck on your sprinkler, then it will continue spraying water after the rest have stopped. As a general rule, the most common culprits of a stuck valve are a small rock or a piece of debris. Sprinklers usually have two valves, which can be found at either end of the sprinkler head. Make sure to check both of them.

In order to solve the problem, you will need to unscrew the cap structure (also known as the solenoid) and allow some water to run through it. Screw it back on and see if the problem is fixed. This is the easy fix, and it won't always work. If it doesn't work, then you will need to turn the water off and take the valve top of with a screwdriver. Then, you will need to remove the blockage manually.

If the heads are sitting too high out of the ground, then they are extremely vulnerable to damage. In fact, this is the most common reason that sprinklers heads become broken, such as during mowing.

In order to fix this problem, you need to lower the head into the ground. To do this, you need to cut the grass around the sprinkler head and remove it as well as the top layer of soil. You will then need to dig out around the head. Lower the head so that it only sits about half an inch or so above the ground, then pack the dirt back, replace the soil and grass.